Article for Embrace the World

Myanmar is made up of eight major ethnic tribes and each ethnic land has their own State. Since the independent from British rule, Myanmar ethnic peoples have asked autonomy to rule their own ethnic State. Myanmar experienced tragedy of arm conflicts and the civil wars has been going on for over seven decades which is recorded as one of the longest civil wars in the world.

The civil war in Northern Myanmar, Kachin and Northern Shan state, has started since 2011. Kachin Independent Army (K.I.A) and Myanmar government troops are fighting for autonomy over Kachin land after 17 years of ceasefire agreement. Because of the intense arm conflicts in the region, there are over 120,000 people displaced (IDP) from their villages and places of origin. United Nations agencies and Church social organizations have been providing humanitarian assistance to IDPs for almost seven years.

Catholic bishops of Northern Myanmar dioceses where conflicts are ongoing speak out and release the statements every year to stop civil-war and call for peace and justice. Catholic social entities of Myanmar have delivered humanitarian assistance to vulnerable IDPs. Sectorial assistance such as food, shelter, WASH facilities, protection, Non-food items, and sanitary items for women, health and education are provided for IDPs in Kachin and Northern Shan states.

Yet years after years humanitarian assistance for IDPs in Northern Myanmar is dwindling although arm conflicts has not ended. No peaceful solution is reached between two opposition arms groups. Since April 2018 the fighting between both parties has massively increased. Due to recent conflict there are new displaced people arrived in IDP camps from villages for their own safety. Nowadays international communities also focus on Kachin issue as government troops’ systematic persecution on Kachin people has increased.

Amidst such intense conflicts, we, RGS in Myanmar together with priests and religious leaders are extending our helping hands to ease their pain and suffering. We accompany them in their struggles for safety and survival by our regular visit to the camps caring for their urgent needs. Whenever we visit them, we carry for them food, medicines and other necessary material they need. In recent months, RGS has reached out to 3984 IDPs. Besides, RGS will welcome (40) school girls from internally displaced people at our residential center in Hopin and Mohnyin Communities to support their education. 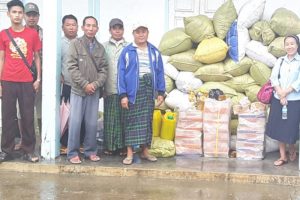 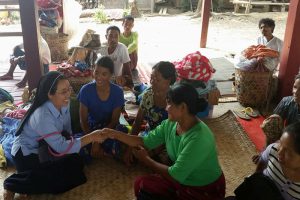 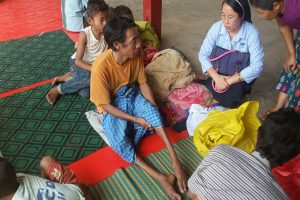 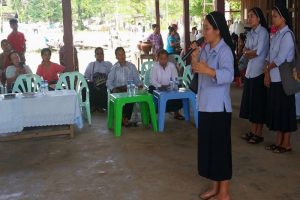 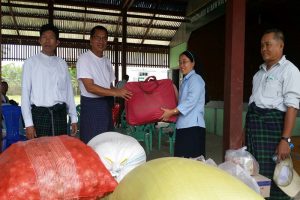 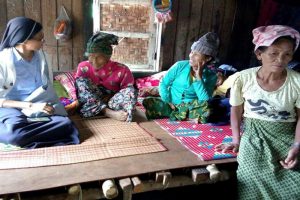 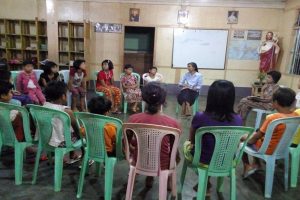 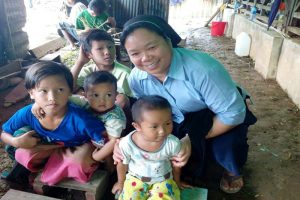