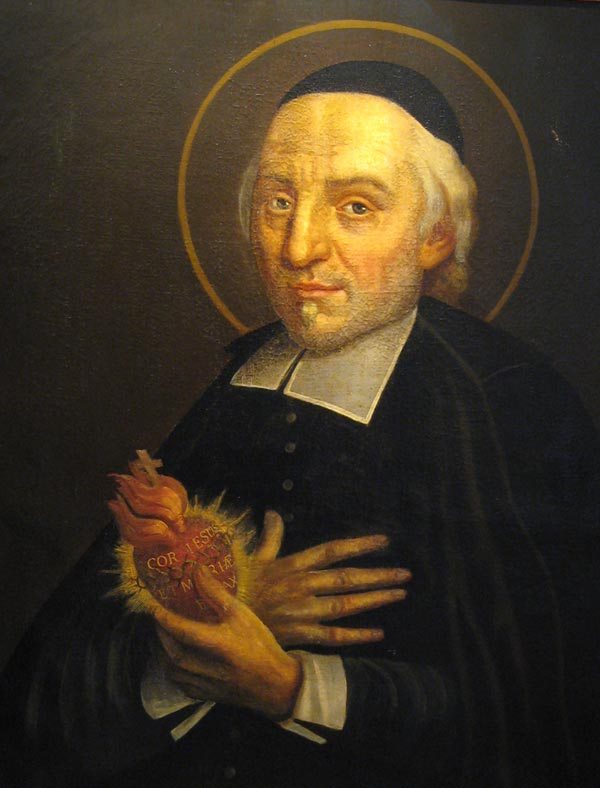 St. John Eudes was a French missionary and the founder of the Congregation of Our Lady of Charity, and was also the author of the liturgical worship of the Sacred Hearts of Jesus and Mary.

St. John was born at Ri, France on November 14th, 1601. He went to the Jesuit college at Caen when he was 14, and despite his parents’ wish that he marry, joined the Congregation of the Oratory of France in 1623. When he was ordained a priest in 1625, at the age of 24, he was immediately thrust into the service of victims of the plague, whom he cared for at great risk to his own life. He also began preaching missions and was known as the greatest preacher of his age, preaching missions all over France, especially throughout Normandy. 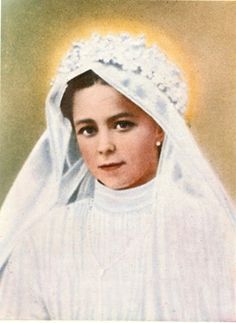 Rose Virgine Pelletier was born on the Island of Noirmoutier on 31st July 1796. She is the eighth child of exiled prisoners of the French revolution, Dr. Julien Pelletier and Anne (née Mourain) who had been deported from Soullans to Noirmoutier as “suspects.” Since there was no priest on the Island, she was baptized by her father in their family living room on the day she was born and was named “Rose Virginie.” Rose was a lively child, full of fun; loved her Island and its woods and the ocean, full of spirit, with an ardent nature which readily took on mischievous appearances, but preserved deep down the Vendean faith and an unshakeable will. She reacted like any child: bathing her little feet in the milk; hanging the wig of a sleeping neighbor on his door post, and in adventure restoring a shrine to the island patron, St. Philbert.

She was always a leader, fearless and determined; her childhood friends eagerly followed her in pranks and pious projects. She knew pain and loneliness from her early age: at nine, she lost her sister Victoire-Emilie and following year, her father died unexpectedly at the age of fifty-four. Rose was taught at home until Ursuline Sisters came to the Island and opened a school when she was twelve. Rose enjoyed school; her quick and brilliant mind impressed both teachers and friends. Because of her impetuous, impulsive nature, she often clashed with authority at school. Her teacher said that her character could lead her to becoming an angel or a devil. Her quick response was: “I know I will need to be broken in, but I will be a religious.”

At eleven, Rose received First Communion; on that day, she felt a strong desire to dedicate herself to Christ. Learned from her parents what it is to live the Gospel and nourished her spirit on the Scriptures. As a child, she learned much of the Gospel by heart at her mother’s knee. On September 21, 1809 three young Ursuline Sisters made their Profession of vows at her Parish Church. Many years later, she speaks of how deeply this touched her.

For her, all human beings are “brothers and sisters” of the same heavenly Father; like her parents, compassion was the keynote of her life. Her sensitivity and good heart led her to a sincere regret for her pranks and she would discipline herself at her evening prayers. Each night before going to bed, she used to ask pardon for the sins she committed during the day and offered a prayer for the Pope and the Church

At fourteen, Rose was sent to a boarding school in Tours run by Mme. Chobelet, a friend of her mother. In Boarding School, she terribly missed her freedom of life on the Island, felt cut off from her family, and found life very hard. However, she received the warmth and encouragement of an understanding teacher, Pauline de Lignac. In 1813, her mother died and Ann was already buried when Rose Virginie became aware of her death. Rose suffered so much from the loss of her mother. 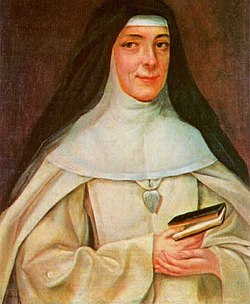 When she heard of the work of the Order of Our Lady of Charity of Refuge (founded by St. John Eudes in 1641) who took in women and girls who were homeless and at risk of exploitation, she felt the call deeply. Her guardian, Mr. Marsaud, consented to her desire only on one condition that Rose make no public vows before her twenty-first birthday. She entered the convent of the Refuge in 1814 and pronounced her first vows in 1817 and took the religious name “Mary Euphrasia.” After her first profession, Sr. Mary Euphrasia was appointed as the directress of the girls to whom she devoted herself unreservedly. On 25 May 1825, at twenty-nine years of age, Mary Euphrasia was elected as the superior of Tours. Her first move was to found a contemplative community called “Magdalens”(known today as “Contemplative Sisters of the Good Shepherd”) devoted to prayer and penance to support the active mission of the apostolic community.

In 1829, accepting the request of the Bishop of Angers, Mary Euphrasia founded a house of the Our Lady of Charity in Angers for the young girls in distress. Having completed her term of office in Tours, Mary Euphrasia became the superior of the house in Angers in 1831. Soon, Mary Euphrasia received requests for new foundations from other cities in France, Europe and beyond. Arising out of her desires to meet the requests, she envisioned a “generalate”, a new governing structure and appealed to Rome for approval. In 1835, Mary Euphrasia received the approval from Pope Gregory XVI to establish the Generalate in Angers. Thus, on 16 January 1835 a new congregation “Our Lady of the Charity of the Good Shepherd” was born. With Mother Euphrasia as the first Superior General of the Good Shepherd Sisters, it expanded quickly. Within her lifetime, she founded 110 new houses of the Good Shepherd, spreading to every corner of the world.

Mary Euphrasia died in Angers on April 24, 1868 and was buried on the property of the Motherhouse of the Sisters of the Good Shepherd in Angers. She was beatified in 1933 and was canonized in 1940 by Pope Pius XII. 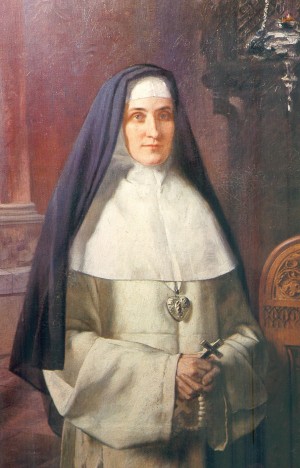 Maria was born on September 8, 1863, in Munster, Germany. She was the daughter of Count Clement Droste zu Vischering and of Countess Helen von Galen. Her family on both sides was characterized by heroic loyalty to the Church. As a child, Maria had a strong will and was inclined to emotional explosions, but she also had a very sensitive heart and deep feeling for others. She developed an exceptional generosity and singleness of purpose. On the day of her Confirmation, July 8, 1875, she became conscious of a call to an apostolic religious life.

Between 1879 and 1881 she attended the boarding school of the Sisters of the Sacred Heart in Riedenburg in the Austrian Tyrol. This was for her a period of intensive intellectual and character formation. At this time, her desire to enter the religious life was prevented by her poor health condition. Instead she made a private vow of virginity and lived a life of solitude in her parental home. However, in 1888, her health had so far improved that she began once more to think of entering a religious order. Shortly after befriending an unhappy girl in a nearby hospital, Maria felt called to the Good Shepherd. On November 21, 1888, Maria entered the Convent of the Good Shepherd in Munster. She was drawn enthusiastically to the apostolate of the Sisters of the Good Shepherd: the salvation of young persons in danger and difficulty. In this religious congregation she found, in addition to its thrust and zeal, a devotion to the Hearts of Jesus and Mary, a heritage from the founder, St. John Eudes. On January 10, 1889, she began her novitiate formation and received the name Sr. Maria of the Divine Heart. Early in her life as a sister, she experienced a tension between contemplation and action, but after some months there came a day when this interior suffering ceased.

Sr. Maria pronounced her perpetual vows on January 29, 1891, and immediately devoted herself to the community’s apostolate. On January 20, 1894, Sr. Maria received assignment for Lisbon, Portugal. On May 12, 1894, she was appointed superior of the Convent of the Good Shepherd in Oporto, a convent which, according to her own words, was in a perilous condition. In spite of this, she courageously faced the arduous task of administration. She did not think of herself. And her example encouraged and brought new life to others. In May 1896, appeared the first signs of her illness, a painful spinal disease with progressive paralysis. In spite of excruciating pain, she continued as superior of the house. She also continued to be favored with extraordinary divine communications. Our Lord made known to her that He wanted the entire universe consecrated to His Heart and that she was to request this of the Holy Father. She carried out this delicate task in June 1898, and again, on the insistence of Our Lord in January 1899.