International AIDS Candlelight Memorial event was held on 21st May 2018 in Good Shepherd Convent, Yangon, Myanmar to show solidarity with people living with HIV and to remember those who have lost their lives to AIDS-related diseases. The event was organized by Myanmar Interfaith Network on AIDS (MINA). More than 100 people joined the event including those who are living with HIV and their family members.

The theme of the event was ‘Reflecting on our Past, Preparing for our future.’ The representatives from the Salvation Army, UNAIDS and International HIV/AIDS Alliance presented speeches relating to this global theme of the event. The religious Leaders from four main religions –Buddhist, Hindu, Christian, Islam offered prayers during the event and called for #zero discrimination for people living with HIV.

MINA is an initiative of some religious leaders who are committed to the cause of people living with HIV. Since its birth in 2009, the network has been expanding to different regions inside the country and has also become connected with similar networks in other countries. MINA is now joined by 65 faith based organizations around Myanmar and is networking inside and outside of the network supporting people living with HIV more effectively. The Good Shepherd Sisters in Myanmar is a founding member of MINA. 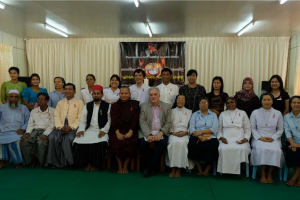 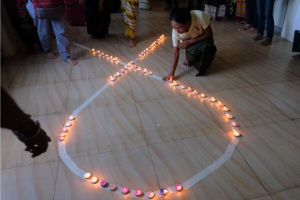 Lighting candles in the form a red ribbon in memory of those who lost their lives with HIV AIDS,above Good Shepherd and Network Members,below 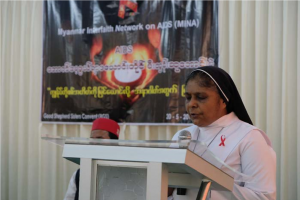 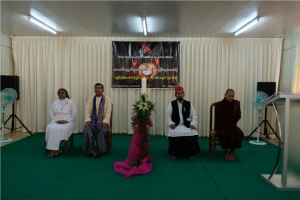 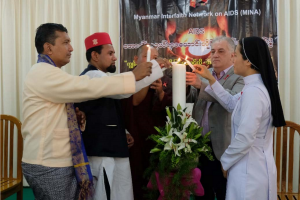