Anti-human trafficking is one of the main programs of the strategic plan (2017-2021) of the Good Shepherd Sisters in Myanmar. The GS services cover the areas of prevention, protection, prosecution and partnership. As a registered organization in Myanmar, the Good Shepherd Sisters works in partnership with relevant Government Offices, NGOs, INGOs and CSOs. Participating in advocacy activities is an important component of our effort in eliminating of human trafficking.

Myanmar Anti-Trafficking in Persons Day falls on 13th September every year, when Myanmar Anti-human Trafficking Law was enacted. This year, the events were organized as the fifth year nationwide in different cities and townships by the Government. Invited guests included Government officials, Central body for suppression of Trafficking in persons, representatives from UN organizations, INGOs, CSOs (Civil Society Organizations). The theme for this year is: ‘To oppose all forms of trafficking in persons, let us all act in unison.’ The Good Shepherd Sisters participated the events in Nay Pyi Daw (National level) and in Yangon (Division level).
The speech delivered by Head of State at Nay Pyi Daw on the occasion states that the Myanmar Government ‘has been suppressing and combating trafficking in persons as a national cause for over 20 years since 1997.’ The speech concluded by calling on the collaboration of all. ‘Since Myanmar is a source country in respect of human trafficking and grievances are numerous, it takes collective efforts of the whole body of public to be able to combat trafficking in persons.’ 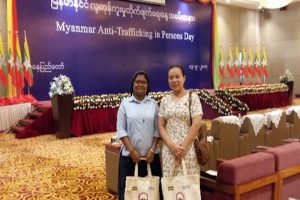 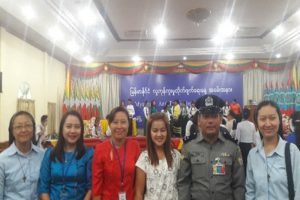 In honor of 5th Myanmar Anti-Trafficking in Person’s day, IOM (International Organization for Migration) organized an anti-human trafficking campaign through songs on 9th September from 10 am to 3 pm at Myanmar Baptist Convention Hall. It was the first collective effort of Myanmar Christian communities in campaigning against trafficking in persons. The Good Shepherd Sisters and eleven other Christian groups joined the event by presenting a new Antihuman trafficking song composition by each group. A pamphlet linked with relevant scripture passages to raise awareness among Christian communities was also developed and distributed to the participants. The representatives from the Government, Human Trafficking Police, artists and Christian religious leaders and young people – around 600 – participated in the occasion. 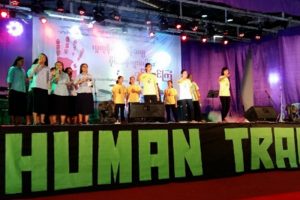 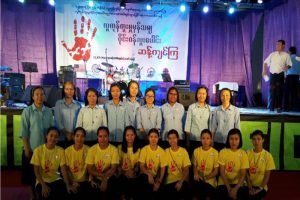 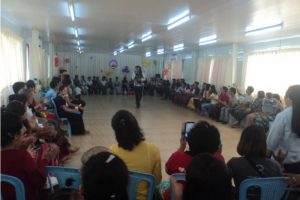 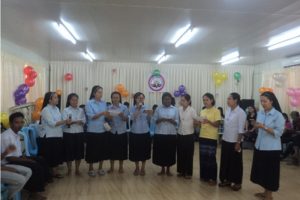 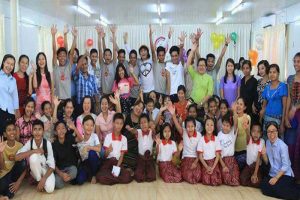